EVER WONDERED ABOUT DAYLIGHT SAVINGS? 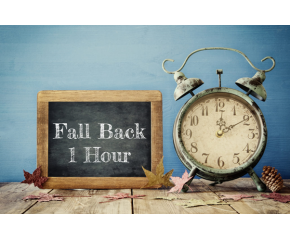 First introduced across Australia more than 100 years ago, daylight savings was a fuel-saving measure during WWI, but was quickly abandoned. It was later re-introduced in the summers of 1942-44, but again, it didn’t stick until Tasmania adopted it in 1967.

New South Wales, Victoria, South Australia and the Australian Capital Territory followed suit in 1971 and have been turning their clocks back and forth since then. Western Australia and Queensland have had turbulent histories with Daylight Saving Time. Four referendums on the topic - held in WA in 1975, 1984, 1992 and 2009 - were all rejected. These states, along with the Northern Territory, do not observe it, meaning the country is split into five time zones during the Daylight SavingTime period.

Observed in the warmer months of year, from October to April daylight savings sees clocks go forward an hour at 2am on the first Sunday of every October. Likewise, they’re turned back an hour on the first Sunday of April (April 4th this year) at 3am. These days, most people don’t have to worry about changing their clocks back or forth because smartphones and computers automatically do it for us, as they're connected to a time server. However, those with analogue clocks, and digital clocks that are not connected or automated, will need to adjust the time before they go to bed on the Saturday evening (April 3rd this year).

Despite Daylight Saving Time only being an hour difference, sleep and circadian researcher at Central Queensland University Amy Reynolds said the clock change over the summer period can give people ‘social jetlag’. “This is essentially where we operate at times of the day which aren’t ideal for our internal body clock – usually represented as later bed times and earlier week day rise times, and then a lag on the weekends where we may be more likely to sleep in if we have the opportunity,” Reynolds said. “Exposure to bright light in the morning, which happens when we are not on daylight saving time, is more ideal for our systems, as it synchronises our body clocks to the day, and to the social requirements we have in the world, things like starting work and school in the morning.”