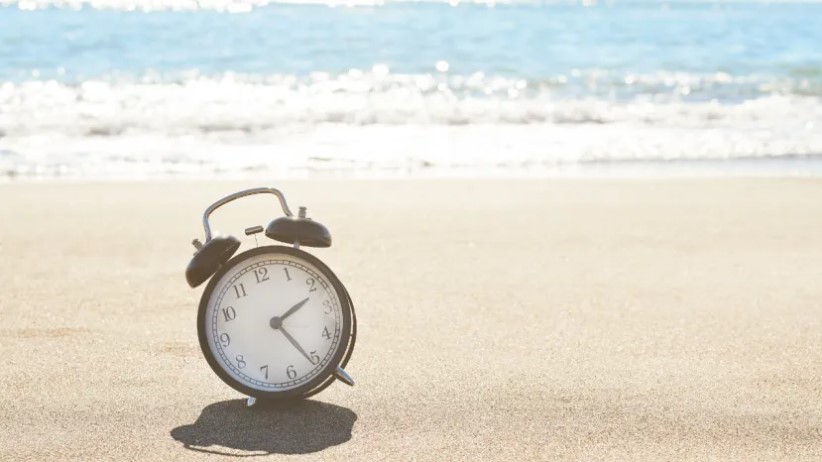 Can you believe it’s almost that time of year again? Yes – daylight saving 2022 is fast approaching, which means at 2:00 am on Sunday October 2, 2022, clocks must be put forward by one hour in all Australian states, except for Western Australia, Northern Territory and Queensland.

While most smartphones will automatically adjust the time, it’s important to remember to manually change the time on your watches and clocks on Sunday, October 2 from 2:00 am to 3:00 am.

Are we losing or gaining an hour?

The states that are impacted by daylight saving will experience sunrise and sunset about one hour later on October 2 than they did the day before. That means there will be more light in the evening – which is arguably one of the best perks of an Aussie summer.

Unfortunately, this does means we all miss out on an hour of sleep. But hey, at least it’s the weekend? Just sleep in an hour if you like. Plus, Monday October 3rd is a public holiday in most states so you’ll have two days to adjust before going back to work!

If you’re ever confused about which way to turn the clocks, just remember Spring forward and Fall back (or Autumn for us, but that doesn’t sound as nice).

Which states are impacted by daylight saving?

What is the reason for daylight saving and why do we do it?

Daylight saving originated in the former Canadian city of Port Arthur in 1908, when a businessman suggested the council move the clocks forward so children could experience an extra hour of sun. In Australia, daylight saving began in 1967 in Tasmania and was prompted by drought.

It was observed nationwide between 1917-18 and 1942-44, but in the early ‘70s, the idea was rejected by WA, the NT and QLD. According to teh Sydney Morngin Herald, daylight saving for northern Queenslanders – and those living in naturally hot states like WA and the NT – means an extra hour of sun during the already scorching summer months.

When will daylight saving 2022 end?

Daylight saving will end at 3am on Sunday, April 2, 2022, when clocks will be turned back one hour to 2:00 am. Sunrise and sunset will occur one hour earlier on April 2 than the day before, which means more light in the morning – and an extra hour of sleep - and we all get to enjoy warmer, sunnier days for the next few months. Win!